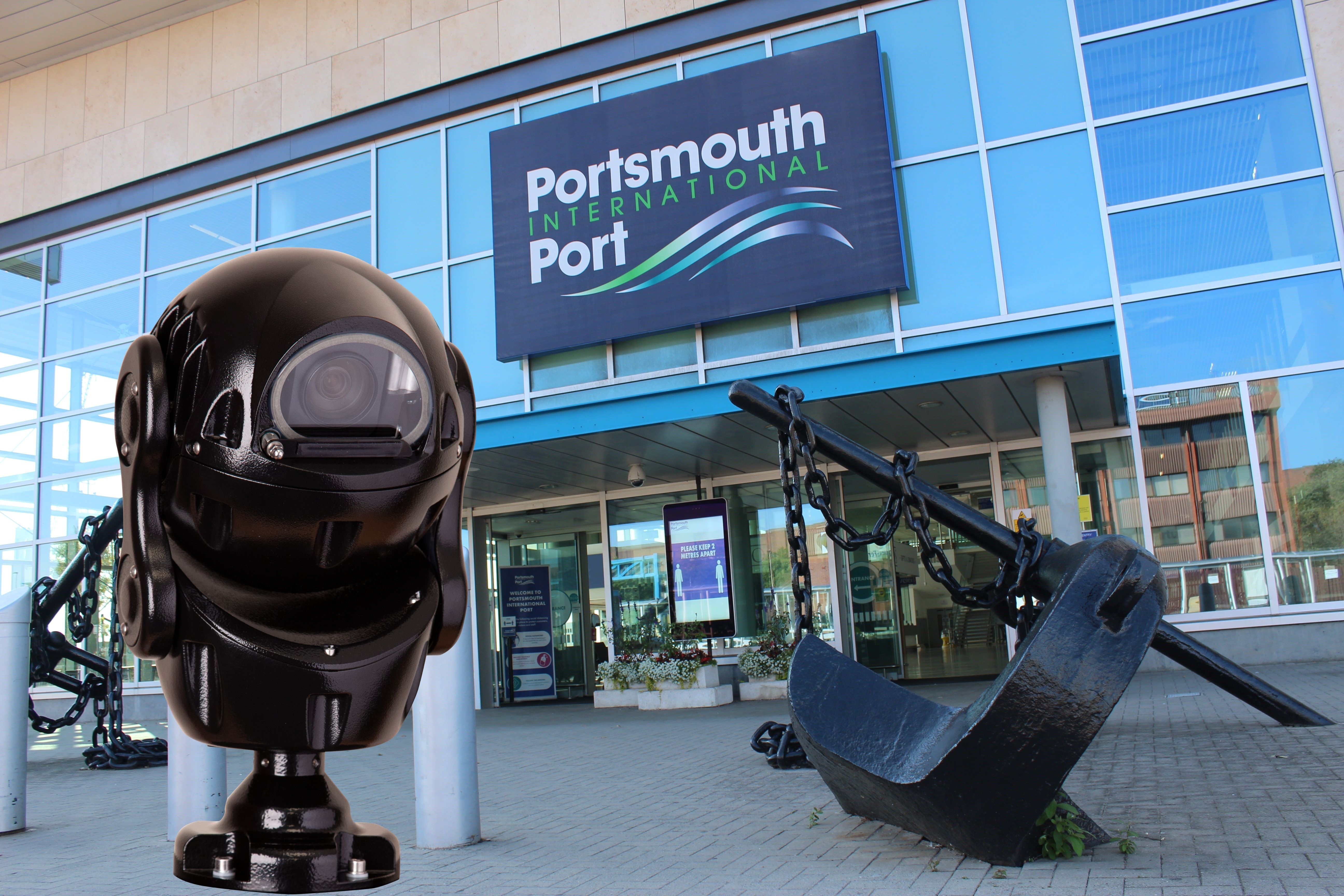 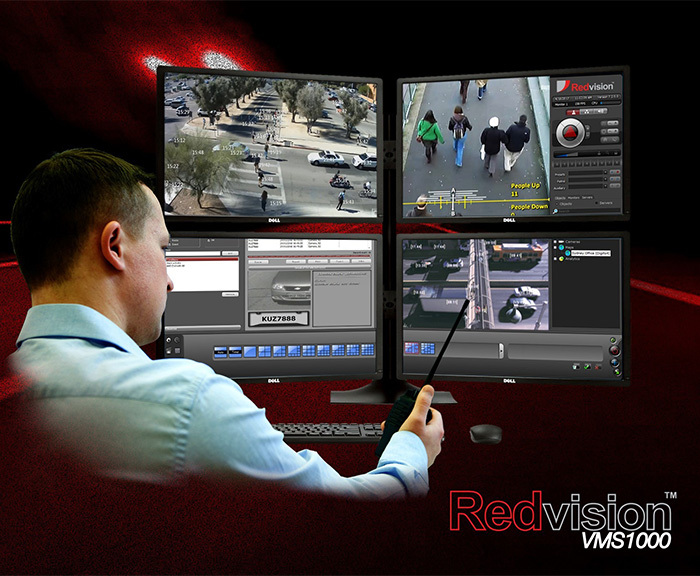 Portsmouth International Port is a crucial UK port. Thanks to its superb location, with easy access from both the motorway and major shipping lanes, the Port is ideally placed for ferries, cruise, and freight.

The Port is an essential hub for commerce and the travel industry, taking people on journeys and contributing towards the nation’s tourism and visitor economy. As the country’s most successful local authority owned port it is proud of the role they play nationally, along with the essential contribution they provide for the city’s residents for vital services. That is why we at Redvision take our mission to safeguard the Port, its cargo, and all its passengers, very seriously.

The Port’s existing security system, the legacy analogue Dedicated Micros Sprites, were beginning to fail. Instead of repairing or replacing the many faults, a time consuming and costly endeavour, the Port decided to take the opportunity to upgrade their video management system. Choosing an IP platform, which creates a unified, better-connected view of the entire security system, Portsmouth Port has ensured their investment, customers, and cargo will be protected for years to come.

By choosing to upgrade the existing system we encountered a challenge to the operation. The new IP video management platform would need to provide seamless connectivity and control of the existing analogue cameras within the passenger terminal and surrounding 50-acre site. Additionally, the new system would need to allow for eventual expansion for a further two buildings that the Port had planned: a proposed new Cruise Passenger Terminal, and a Border Control Post for animal and chilled foodstuffs.

These buildings would be located some distance from the main terminal building but would remain connected to the system by a fibre link. Both buildings would have to be fully IP in terms of not only cameras but also connectivity.

The central control room and servers would continue to be based at the existing passenger terminal, but the full command and control of all the security cameras, including the new IP cameras, would be in the new buildings.

To help demonstrate the difficulty of the task ahead of us, we’ve listed below the Port’s existing legacy CCTV equipment. This equipment would need to be seamlessly integrated into their new and updated system:

Crucially, the new VMS system would need to allow easy access and viewing over the Port’s intranet which uses a network of iGel thin client terminals. These are then connected to a series of large, centralised servers which would require various levels of user/operator access. The Port would also require the burning of footage to CD or other analogous media for evidential purposes. Furthermore, the requirement to reuse current monitors operating with VGA connectors was a serious thought.

Portsmouth Port required a fully integrated and updated system to provide faultless safeguarding for all their clients, and we at Redvision were ready to provide that protection.

Taking into consideration all of Portsmouth Port’s security needs, Redvision chose to install a server based VMS1000™ video management system. This system is powered by Digifort software and offers exemplary additional features for Redvision’s rugged PTZs, including analytics on pre-sets and the control of lights, wipers, washers, and telemetry. These features provide added security and connectivity between all the Port’s buildings and terminals. Due to the need to integrate the Port’s current cameras into the new system, VMS1000™ was chosen because it offers customers a scalable, intuitive, server-based control system, with no annual maintenance fees. It maximises the functionality of the X-SERIES PTZs and VEGA fixed cameras and is specifically designed to integrate with over 300 other CCTV brands, for project flexibility. This enabled the re-use of the Port’s existing legacy CCTV cameras into the surveillance project. Furthermore, the new and improved system encoded analogue cameras into the system, with the inclusion of new cameras and technologies, such as 4MP, 8MP and 12MP cameras and the use of H.265 compression. The initial configuration provided licences for 64 channels with an option for the Port to expand to a further 64 channels, meaning that when the two new buildings were complete, they would be fully connected to the security system.

Due to Portsmouth Port being the UK’s best-connected Port, they needed the best of the best. Not only does VMS1000™ system provide complete flexibility with the option to expand, but the system also uses Artificial Intelligence and Deep Learning to recognise people, vehicles, and objects and how they behave. It can set up a virtual fence and employ traffic management (speed filter), track objects, loitering, missing objects, abandoned objects, vehicle counting and people counting. Additionally, the system can raise an alert if people, vehicles and/or objects of interest appear in the scene, as well as recognising a person with a gun, if a person is not wearing a helmet or has no PPE. It can even show when people are too close together and not observing social distancing rules. These alerts could be fully configured and customised to suit the Port’s needs.

Whilst the Port’s iGel thin client system allowed for operator CCTV viewing from anywhere on the Port’s network there also was a requirement for a dedicated two monitor client viewing position in the main Port Control room. This was achieved by installing a client PC with an ultra-fast dual head graphic card designed for 24/7/365 operation. Additionally, a rugged commercial grade USB powered VMS1000™ keyboard with joystick was provided for operator control.

The IP VMS1000™ system was configured to interface seamlessly with the existing 64 analogue cameras, most of which were connected through up-the-coax (UTC) cabling with a smaller number connected via RS485. In order to convert the analogue signals, Redvision deployed multiple BBV 16 way CTi converters which were then looped out to mirrored 16 way encoders.

The CCTV system is critical to the Port’s operation, so it was key that any potential IT issues or problems were anticipated and ironed both before and after installation. By working closely and collaboratively with the Port’s IT and CCTV teams, Redvision were able to achieve a full understanding of what was required, which enabled a very smooth and quick transition from analogue to the VMS1000™ platform with minimal disruption. To help the Port with the transition, Redvision followed up the installation with a detailed, on-site training visit. This ensured that the staff at the Port knew the system inside-and-out and prevented any problems occurring post-installation.

Fully installed with minimal disruption, the VMS1000™ video management system is the perfect solution to Portsmouth Port’s security needs. Building up a database of more objects and rules, the system will only become more and more powerful, meaning the VMS1000™ system is not only safeguarding the Port’s present, but also the Port’s future.