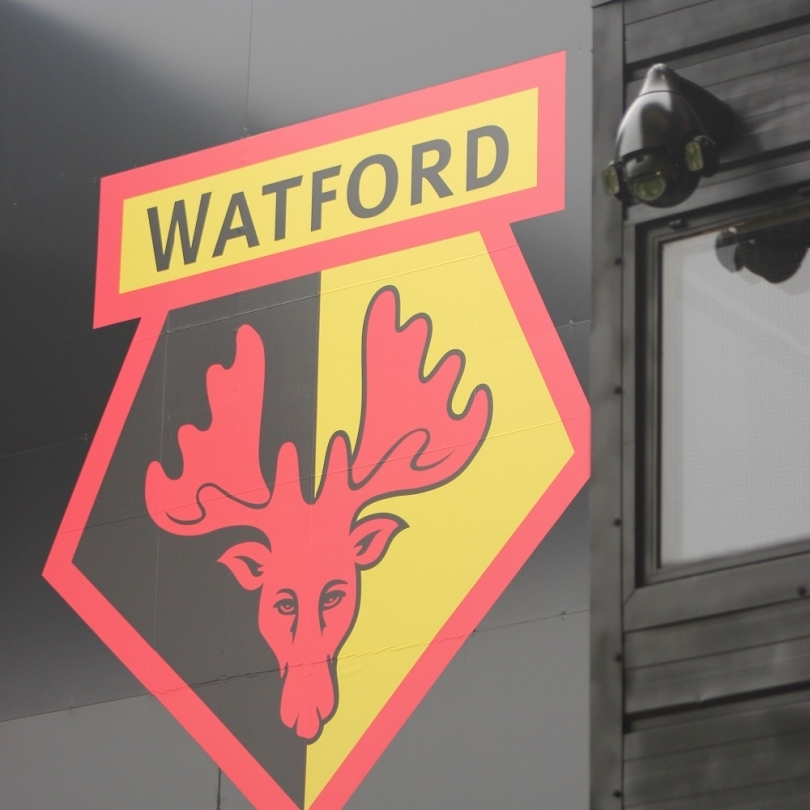 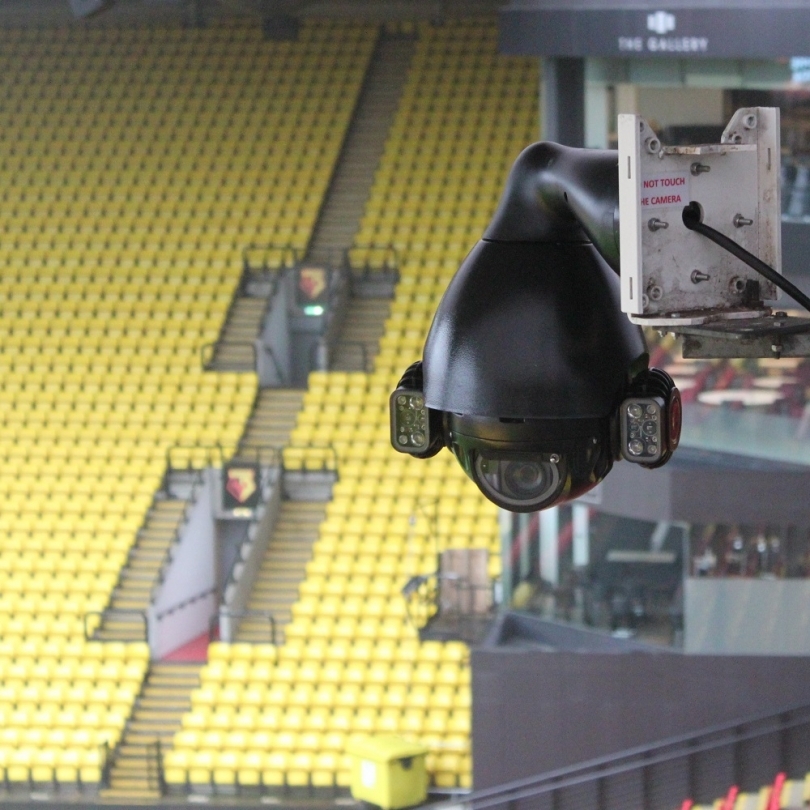 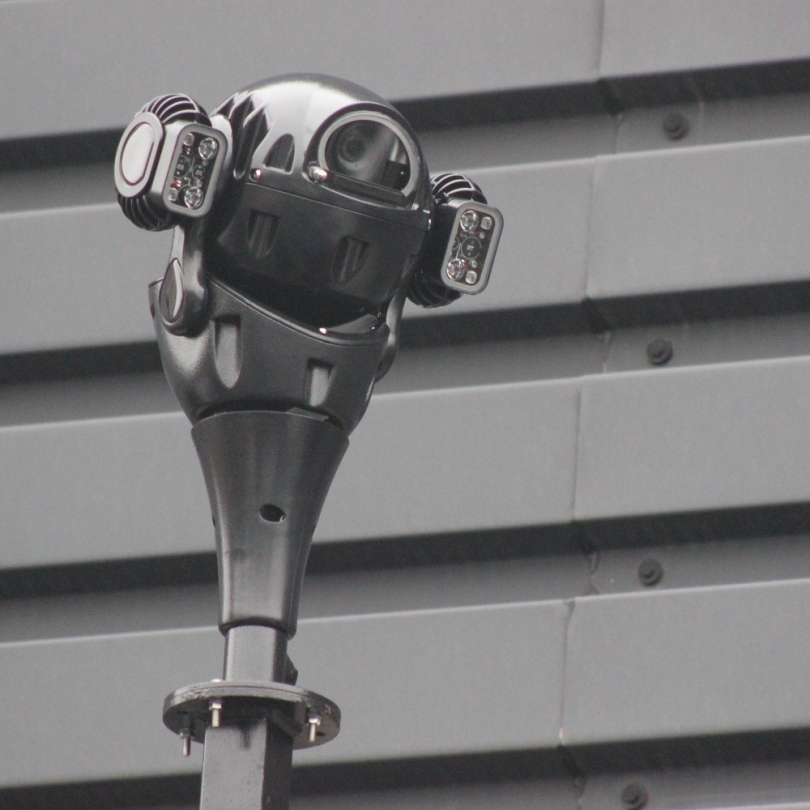 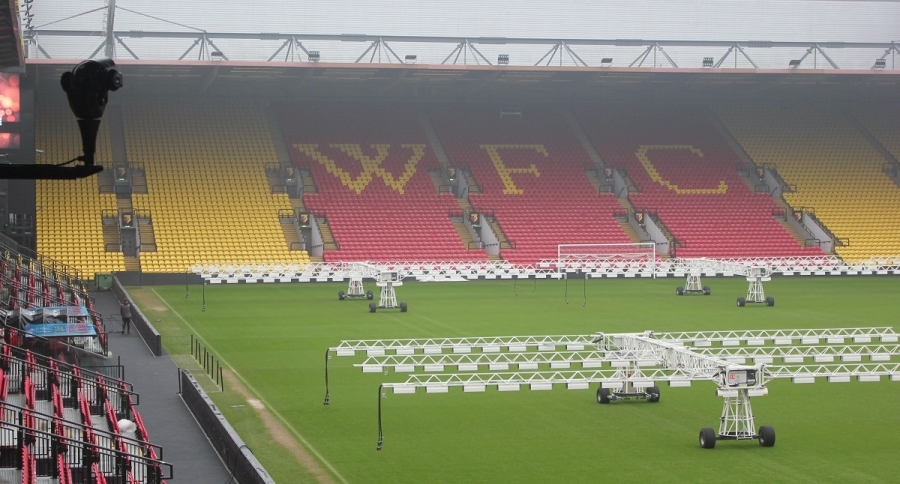 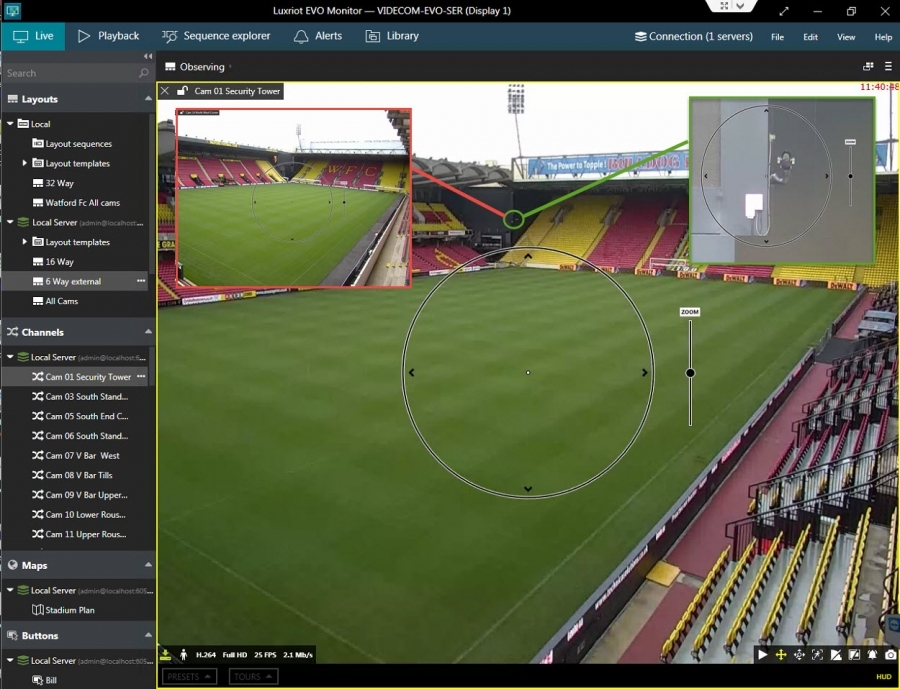 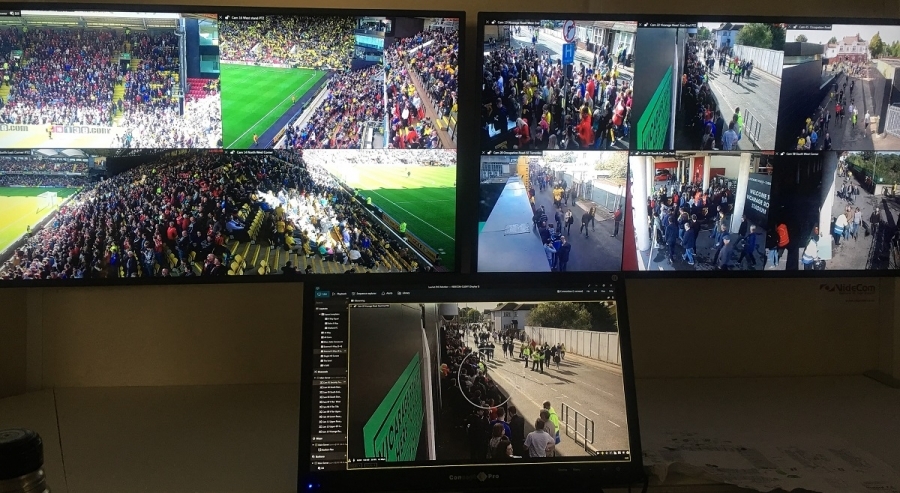 Watford FC was founded in 1881 as a third division club. It steadily progressed through football’s ranks to achieve First Division status in the 1980’s under the late Graham Taylor’s tenure and whilst owned by Sir Elton John. The club qualified for a place in the UEFA Cup and reached the FA Cup Final at that time. Since 2015, Watford FC has reached football’s top flight, with a place in the FA Premier League. This has significantly increased demand for high quality safety and security provision.

Watford FC is currently owned by the Pozzo family, who also owns Udinese Calcio in Italy and Granada CF in Spain. Sir Elton John continues to serve as an Honorary Life President of the club, a role he had shared with the late Graham Taylor.

Watford FC, whose permanent location is at Vicarage Road, appointed digital CCTV specialist, Videcom Security Ltd, to take over its CCTV system just before the start of the 2016/17 football season. Videcom had just two weeks to upgrade the existing system before Watford’s first home game of the season against Manchester United on the 18th September. A match that Watford won with an impressive 3-1 result!

Videcom rose to the challenge. The company has been designing and installing cutting-edge, commercial, CCTV security and surveillance solutions for nearly 30 years. It has worked with municipal authorities, Blue Chip industrial customers, housing associations, schools and colleges and is used to working to tight deadlines.

When Videcom took over, the entire system was analogue, with limited resolution and quality. Videcom used its proven IP system design and support capability, along with its Microsoft-certified engineers, to set about upgrading the system. A dedicated fibre circuit was run around the internal perimeter of the stadium and an integrated VLAN secure network was set up to handle the high capacity, data delivery necessary for IP video streams.

Videcom chose Luxriot EVO Global, video management software to control and record at the club. Ten Redvision RV30, 1080p, PTZ cameras were installed in the stadium bowl. Further IP cameras have been installed around Vicarage Road, as well as internally across the terraces, entrances and retail areas. Some analogue cameras have been kept and encoded into the IP system using Axis encoders, saving costs. Additional static IP vandal-dome cameras from LG have also been added. The system has the capacity to increase further on the present IT infrastructure, if required. Plans are already under way to carry out further upgrades in 2017.

“We used the Redvision RV30 PTZs due to their rugged construction, options for IR or white lights, built-in wiper and easy servicing,” explained Videcom Managing Director, Bill Mead. “The Luxriot VMS supports the Redvision and LG IP cameras we have used at the club, as well as the Axis digital encoders. The enterprise VMS also supports a wide range of other cameras; allows multiple operator access; enables videowall displays in the control room; and has a wide range of remote viewing options.

“The combination of Redvision and Luxriot is a proven solution for large, high-end, Full HD systems. Videcom has tried and tested them successfully in many other locations. Integration is through the open ONVIF protocol for most cameras positions, with an SDK integration option for Redvision cameras in some cases. We take advantage of the multi-stream capabilities of the RV30 cameras, using the Full HD, 1080p version. The Full HD video stream is used for recording and a lower resolution stream is used for the videowall and viewing platforms that do not need to display Full HD. This reduces network bandwidth use and allows efficient image processing.”

Videcom have help broker an agreement to share street side cameras resources with Watford Borough Council, where Redvision RX30 cameras are also used within the town centre CCTV scheme, also installed and maintained by Videcom.

The town centre cameras are operated through a Synectics Synergy platform and are another example of the incredible flexibility and ease of integration available between the Redvision cameras and leading VMS solutions. The club and town centre CCTV systems share video streams from some of the public space cameras, to offer exceptional protection in areas leading up to the club. This helps to improve crime and incident prevention rates significantly.

Watford FC has been extremely pleased with the upgraded system. From the first home game on 18th September, 2016, the system has performed faultlessly and is popular with the club’s CCTV team and event day staff due to its ease of use.

Watford FC supporters and their visitors can rest assured this is now an extremely well-protected club and site.