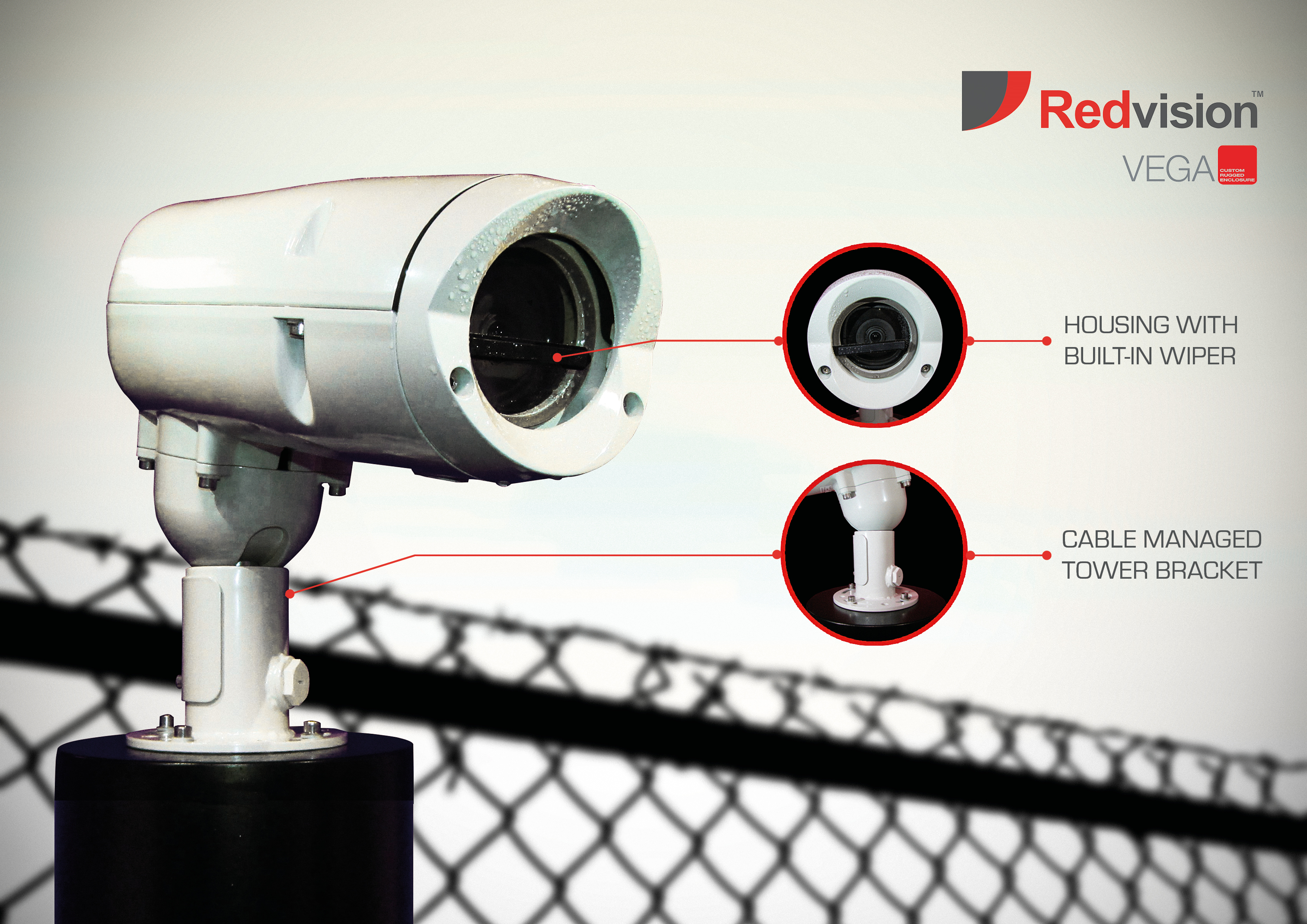 I can see clearly now the rain has gone – thanks to the wiper on Redvision’s VEGA™ 2010 rugged housing!

Redvision’s VEGA™ 2010, rugged camera housing includes a PoE-driven wiper option. The wiper removes rain and dirt from the housing’s camera window, ensuring a clear view, whatever the weather conditions. Not surprisingly, the wiper has made the VEGA™ 2010 the first-choice camera housing for outdoor and rugged camera installations in the UK, where wet weather is a reality.

“We have many VEGA™ 2010’s fitted on top of CCTV towers, exposed to the elements”, explains Stephen Lightfoot, Technical Director of Redvision. “A housing without a wiper is useless in exposed applications like these, as the inevitable rain, or a build-up of grime, will eventually compromise the camera view. Crime doesn’t stop when it rains, so installers must allow for it!

“We have also developed a tough, pedestal, mounting bracket for the VEGA™ 2010, which fits directly to the tower top. Like the wall bracket, it protects and hides cabling from the weather and possible vandal attack. Other modular options for the VEGA™ 2010 include a polycarbonate camera window and Visor Extension.”

The VEGA™ 2010 is made from tough, die-cast aluminum, finished with a marine-grade plating, followed by a durable powder-coating. It is cable-managed, with an integral junction box. Wiring connections are made within the housing and brackets using ‘easy-connect’, cable terminals. This ensures the VEGA™ 2010 is IP67 weather-proof rated and IK10 impact rated for vandal-resistance. This makes it ideal for installations in tough and demanding environments and why it has been used in prison, marine, transport, industrial and many other public space applications already.