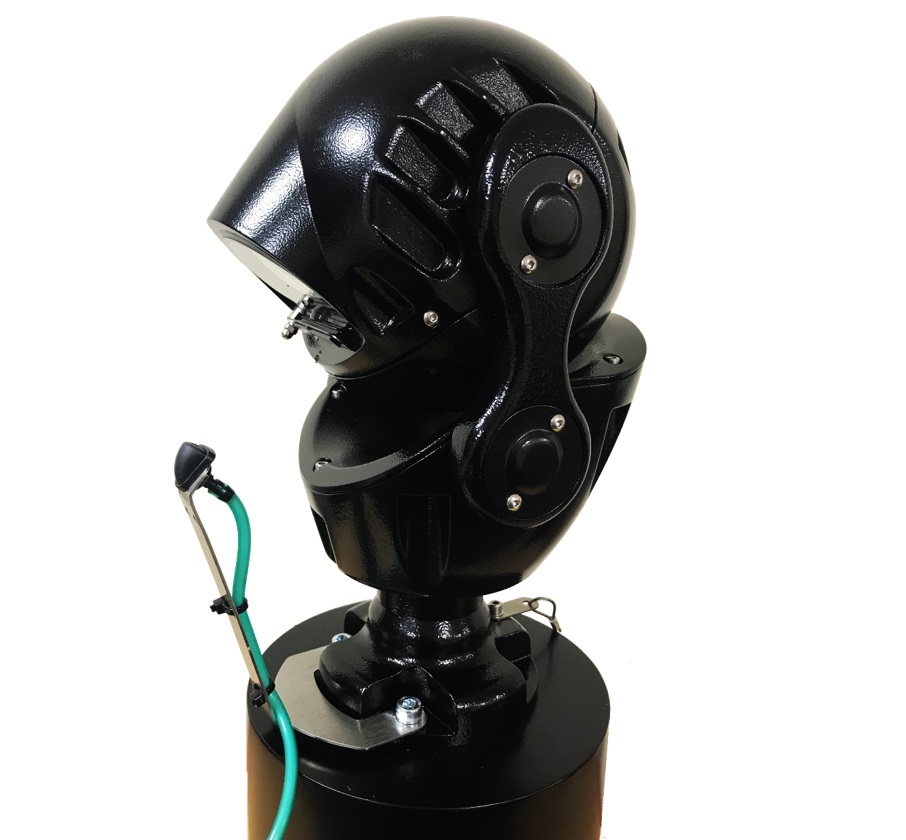 Will Hucker, General Manager at Redvision, explains, “The RVX2-WASH bracket is firmly attached to the 4” PCD base mount of the X2-COMBAT™ using M8 bolts. It includes a single delivery, universal nozzle to squirt water onto the camera’s window. This is cleaned away by the camera’s silicon wiper, which is now part of the standard build.

“The RVX2-WASH bracket nozzle connects to the washer pipe of any standard CCTV wash pump system. The washer pump motor is switched on using the dedicated ‘Wash’ auxiliary output on the X2-COMBAT™ ALARM camera; a command from Redvision’s VMS1000™ control system; and an ONVIF command from any third-party VMS. The RVX2-WASH bracket is made from Marine Grade, 316, stainless steel for exceptional resistance to extreme marine, hazardous and toxic environments.”

The X2-COMBAT™ camera is the next generation of Redvision’s market-leading X-Series™. It boasts a 7-year MTBF and brings new levels of performance, such as a 3MP, 30x zoom camera module and IR detection distances exceeding 300m at night. The X2-COMBAT™ is first anodised, and its brackets and mounts zinc-plated, before being finished in light grey (RAL 7035) or black (RAL 9005) powder-coat paint. The cameras and brackets can also be ordered in any bespoke colour from the RAL range.