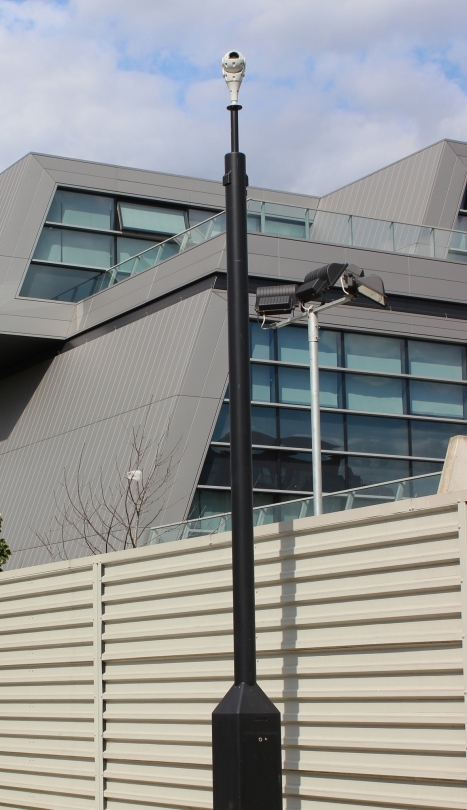 The CCTV system, watched by a team of highly trained operators, enables an immediate and proportional response to crime and disorder. In the riots of 2011, the Lambeth CCTV system helped secure a higher conviction rate than the national average, and has subsequently become a reference site for many other UK council-run CCTV systems.

“Lambeth is a densely populated inner city borough with a population of over 300,000”, explains Kevin White, CCTV Development Manager. “The council’s priority is public safety and we work with the police and other agencies to  prevent crime wherever possible, protect victims of crime and increase the personal safety of Lambeth residents, businesses and visitors. Trained operators spot suspicious activity and respond to incidents immediately. We provide high-quality video evidence of criminal activity and incidents for prosecution purposes and we support police investigations when required.”

Kevin White has operational responsibility for the CCTV system in Lambeth, which is managed, day to day by Andrew Steel-Dodd of OCS Ltd. Kevin has value-engineered the entire CCTV security process, from the recruitment of operators to the selection of cameras - maximising system sustainability and reducing total cost of ownership.

Kevin White has served on the London CCTV Managers Group as chairman, a body that includes all 32 Local Authority run CCTV systems in the capital. He is also a member of the Public CCTV Managers Association (PCMA); responsible for a further 90 CCTV systems across the UK. He has developed numerous documents for Best Practice in central monitoring station operation and is consulted by ministers responsible for homeland security. He is currently working on Privacy Impact Assessments (PIA), balancing legal privacy law with effective surveillance. He represents Lambeth Council as a committee member of the British Standards Institute, working on the review of BS7958 The Operation and Management of CCTV Control Rooms

The X-SERIES™ proved to be affordable, reliable, well-supported by the manufacturer and rugged. The build-quality is very high and all the mechanical parts are robust and well-designed with features such as a wiper. The cameras offered rapid pan, tilt and zoom functionality, which operators found to be the most intuitive of those tested. The cameras were easy to install, upgrade, replace, repair and service. This was verified as the cost, frequency and duration of down-time during routine and reactive maintenance and repair work were all considered in the trials. The Mean Time Before Failure (MTBF) figures for the X-SERIES™ were exceptional, at between 5 – 7 years. This was vitally important in managing and budgeting for a servicing and replacement schedule, which also minimised on-site failures.

Total cost of ownership and green credentials were important. The X-SERIES™ had no hidden operational costs and power consumption was minimal. Redvision’s use of ultra-efficient IR and white-light LED illumination for night-time operation was a significant contributing feature.

Redvision is based in the UK, so any support issues are handled quickly by the company’s technical team.

The importance of the operator.

Lambeth operators are as important as the equipment they use. They are recruited as professional “CCTV operators not TV watchers.” They have outstanding observational skills and are very resilient due to the serious nature of some incidents. The operators are able to use the PTZ cameras intuitively to gather evidence more effectively. Their local knowledge is also critical in recognising street layouts,  known troublemakers and crime hotspots.

Paul Hucker, MD of Redvision added, “Our X-SERIES™ cameras demonstrated their worth in stringent field trials and have earned their place in Lambeth’s highly effective CCTV system. Redvision is proud to play a pivotal role in such a high profile CCTV installation and one which has become the blueprint for many local authority systems across the UK.”