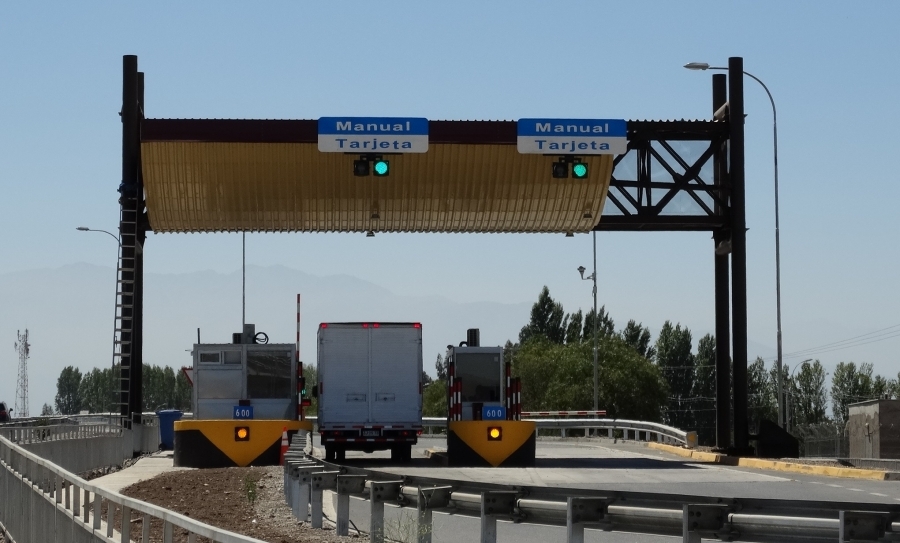 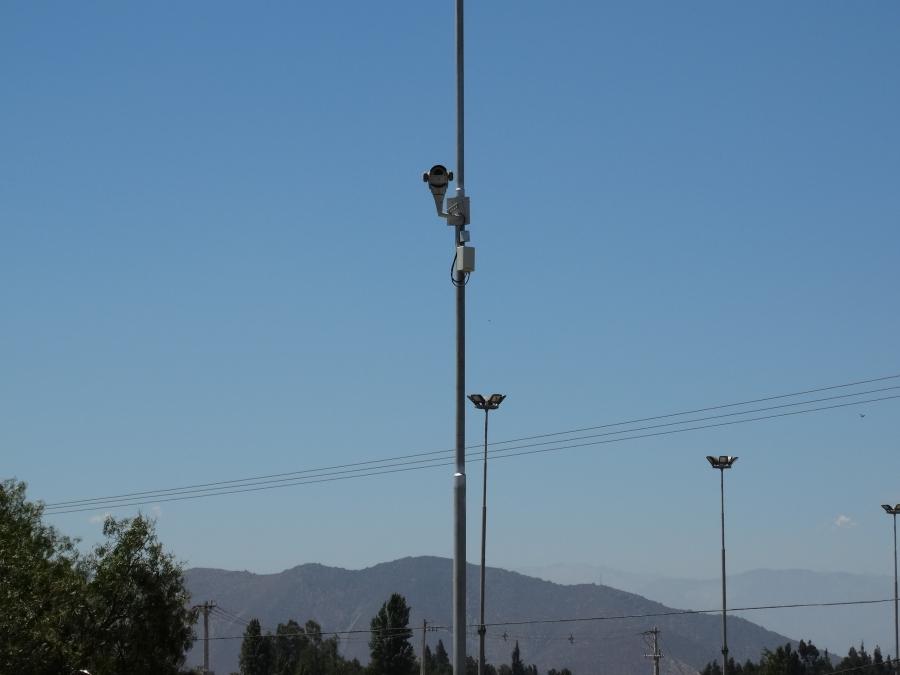 Octopuss is the leading security integrator in Chile, with the largest portfolio of security systems across market sectors including government, highways, mining and critical infrastructure.

Octopuss was tasked with protecting toll booth payment areas and parking zones along the motorway system around the perimeter of the Santiago metropolitan region of Chile. The toll stations already had PTZ CCTV cameras, which were six years old and due for replacement. Octopuss and the Chilean highways agency had enhanced performance requirements for the replacement cameras. These included excellent night time performance in low or zero light conditions; the ability to look directly downwards without blind spots; the ability to withstand high temperatures and extreme glare from sunlight; and a large optical zoom range. All these requirements were met and exceeded by Redvision’s X-SERIES™ Dual Light rugged domes.

Most highways crime in Chile occurs at night, so night-time and low light performance were paramount. The X-SERIES™ Dual Light cameras incorporate both infra-red (IR) and white light, super-efficient LED illuminators. The Dual Light toggles automatically, or manually, between the IR and white light modes to produce optimal images in all lighting conditions. Both the IR and white light LED modules have an illumination range of 100m in total darkness with facial recognition at up to 40m.

“IR lighting is covert and white light is overt,” explained Paul Hucker, MD at UK CCTV manufacturer, Redvision. “This combination offers an extremely effective deterrent effect by spot-lighting and tracking would-be criminals and scaring them away. The Dual Light also has a ‘dark-zone’ safety feature which suppresses the white-light in pre-defined zones to avoid dazzling drivers at night. Lighting profiles can also be assigned to camera pre-set positions, so that illumination strength is optimized throughout the camera’s movement.”

Tali Haviv, MD of Octopuss, commented, “Incorporating IR and white light into one camera has provided a truly cost-effective solution for the Chilean highways agency. Most theft and crime occurs at night and this functionality ensures nothing is missed.”

Octopuss installed each X-SERIES™ Dual Light camera on an upright, “pedestal” mount. The camera is designed to cantilever out to look directly downwards, eliminating blind spots and creep zones.

The Chilean climate can be hot, which creates a number of adverse environmental effects. Direct sunlight, glare from the road and dust from the dry environment all cause difficulties for CCTV cameras. The X-SERIES™ cameras have a “Visor” option, shading the camera from sunlight and glare, and a wiper option for removing dust and dirt from the camera view. The pedestal mount allowed the Visor to be mounted on top of the X-SERIES™ camera, taking full advantage of its shading effect. The visor’s deep rim had the additional benefit of protecting the camera from birds fouling the camera view, a problem which had occurred previously.

Octopuss chose a Dual Light with a 36x optical zoom. This allowed operators to zoom in on people, vehicles and vehicle registration plates in order to gather detailed images and data. The exceptional zoom capability ensured nothing was missed and fewer cameras were needed at each toll station.

Tali Haviv added, “We found operating costs were reduced because the LED lighting modules and camera only draw 48W of power. LEDs last around 6 years, as opposed to three months with traditional PTZ lamps. The Mean Time Before Failure (MTBF) figures of the X-SERIES™ camera are between 5 – 7 years. This was vitally important in managing, budgeting and scheduling services and replacements and for minimal on-site failures. It also meant the total cost of ownership of the new system was far lower than before.”

Octopuss provided an outstanding security solution for the Chilean highways agency, on time and within budget. The Redvision X-SERIES™ Dual Light cameras played a significant role in meeting the application’s needs. Octopuss is keen to use X-SERIES™ in further highways work in future.