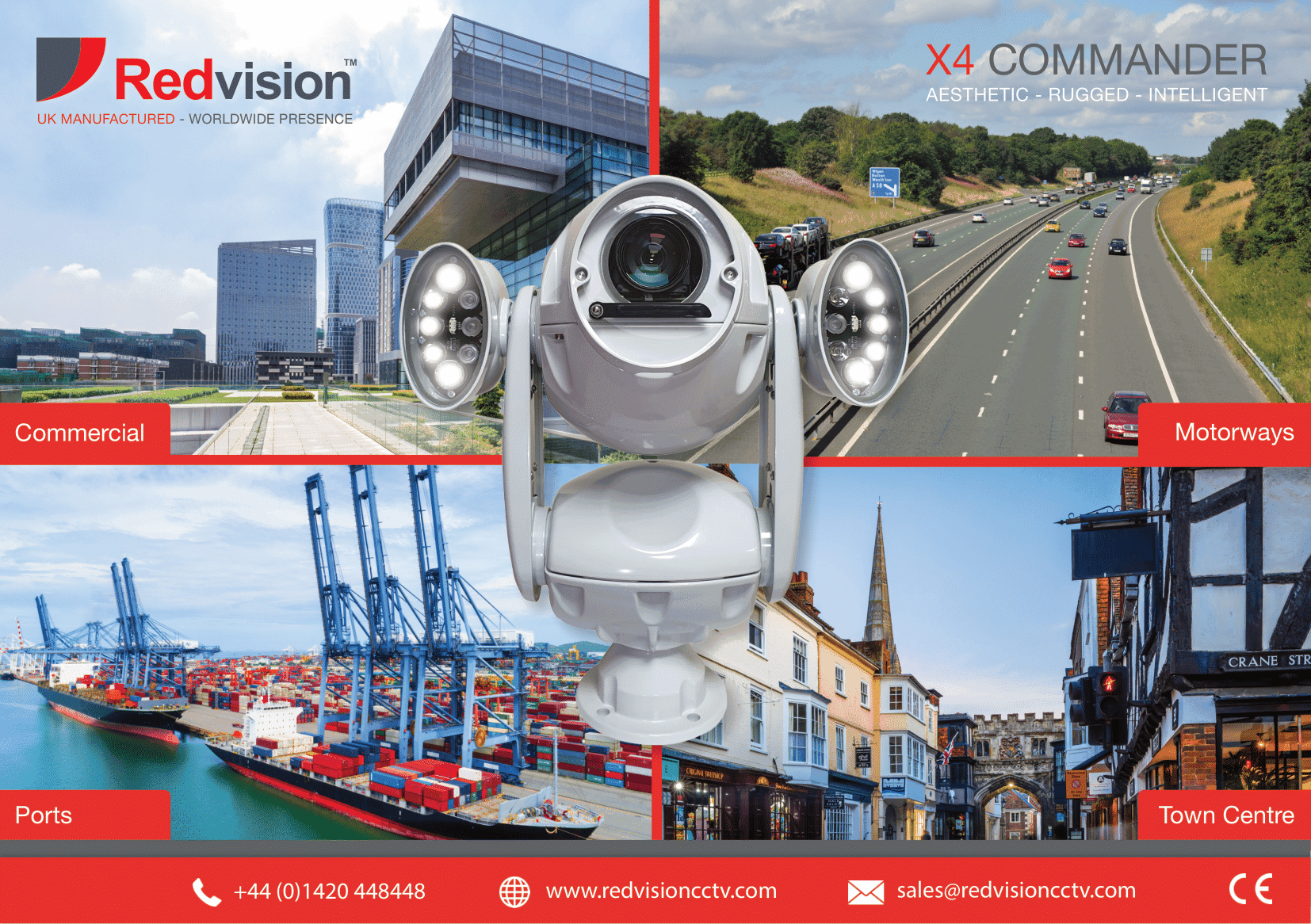 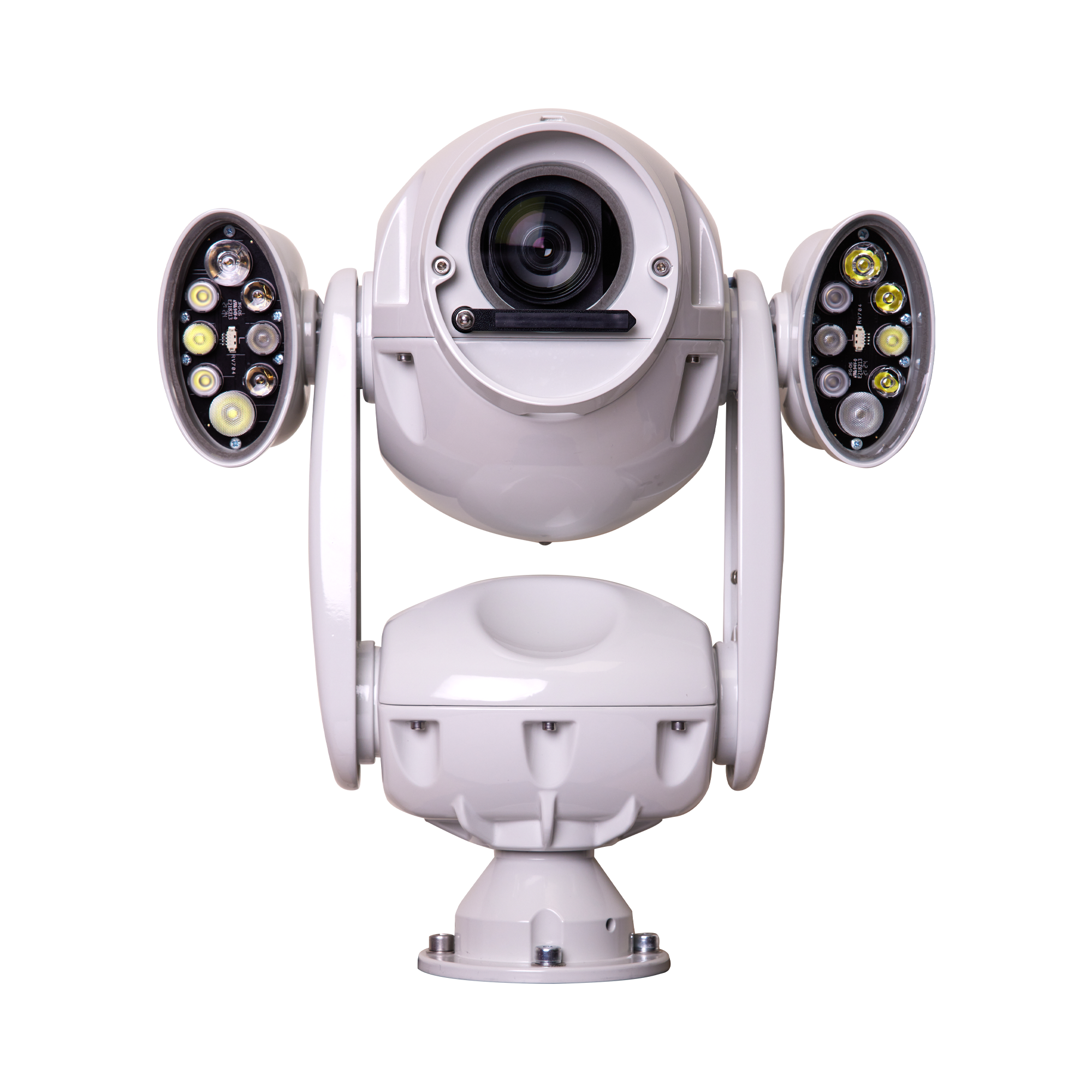 At Redvision we believe in Innovation: Introducing the X4 COMMANDER™

Redvision CCTV is a brand synonymous with high-quality, rugged, stylish CCTV equipment with over 20 years experience of manufacturing and designing CCTV in the United Kingdom. Innovation is a core value at the heart of Redvision, which shines through with the development of the X4 COMMANDER™rugged ball IP PTZ camera. With over two years of development, and drawing from the expertise of Redvision's inhouse engineers and designers, the X4 COMMANDER™ is a revolutionary new product.

The X4 COMMANDER™ has been designed with strength at its core. It incorporates a whole new mechanical design, built to thrive in the harshest environments, with in-camera features that match the body's unparalleled mechanical and electronic design. The X4 COMMANDER™ is marine grade as standard, with a die-cast aluminium body; which is E-coated then powder-coated with a gloss Azko Nobel finish. It has been tested to exceed market expectations of a rugged camera, able to withstand over 300G of gravitational force, impact rating meets IK10 standards, vibration testing to TEN 50556:2011 and has passed ASTM B117 1000 hour salt-spray testing. All moving parts are designed to last; from its motor technology used in its pan and tilt mechanism to the long-life, silicone wiper which maintains crystal clear images whatever the weather.

The Redvision X4 COMMANDER™ rugged, ball PTZ cameras have infra-red (IR) and white light illumination options, using long-life, superefficient LEDs. DORI (Detection, Observation, Recognition and Identification) tests show that the X4 COMMANDER™ performs up to 500m. Utilising the latest in sensor technology, the 1/2" CMOS Starlight sensor has exceptional low-light performance down to 0.001 Lux in colour. The X4 COMMANDER™ has adaptive Smart illumination, automatically adjusting IR and white light intensity in proportion to zoom and scene content. This feature ensures scene images are well-lit, but not bleached by over-exposure. White light can be switched on as a visual deterrent to intruders.

Traditionally, cameras mounted in a hanging orientation result in blind spots and reflection problems as the camera moves past the mount. The X4 COMMANDER™ has been designed with this in mind. The arms of the X4 COMMANDER™ can be canted forwards when mounted atop a pole, enabling a full 360 degree view. That includes right up into the sky, and down at it’s own mounting column.

To watch a short video on the Commander, click here https://www.redvisioncctv.com/...